Check out my happy blueberry waffles:

And an egg puff and naner.  This was actually yesterday’s breakfast, today’s was oatmeal again, so I thought this would be a little more exciting.

I had the day off today.  Ha, no such thing really.  I did laundry, office work, went to the gym, bank, grocery store, and the Goodwill, looking for some pretty bowls to spruce up my morning oatmeal photos.    Then for a late lunch:

Turkey samich and a white peach.  Then it was more laundry, and finally some time to relax and catch up on my favorite blogs.  Here are a few:

www.eatliverun.com – This one inspired me to start running and start a blog of my own.  Thanks Jenna!

They all have been an inspiration and motivation to keep me on track.

Dinner tonight was tacos. I used ground turkey and the majority of my spice cabinet.  I used blue corn shells to make it a little more interesting.

Who wants to get me a fancy Nikon digital SLR camera for my birthday, anyone?  A girl can dream.  Good night.

I’m back.  Here’s my usual breakfast:

My lunch is a little prettier: 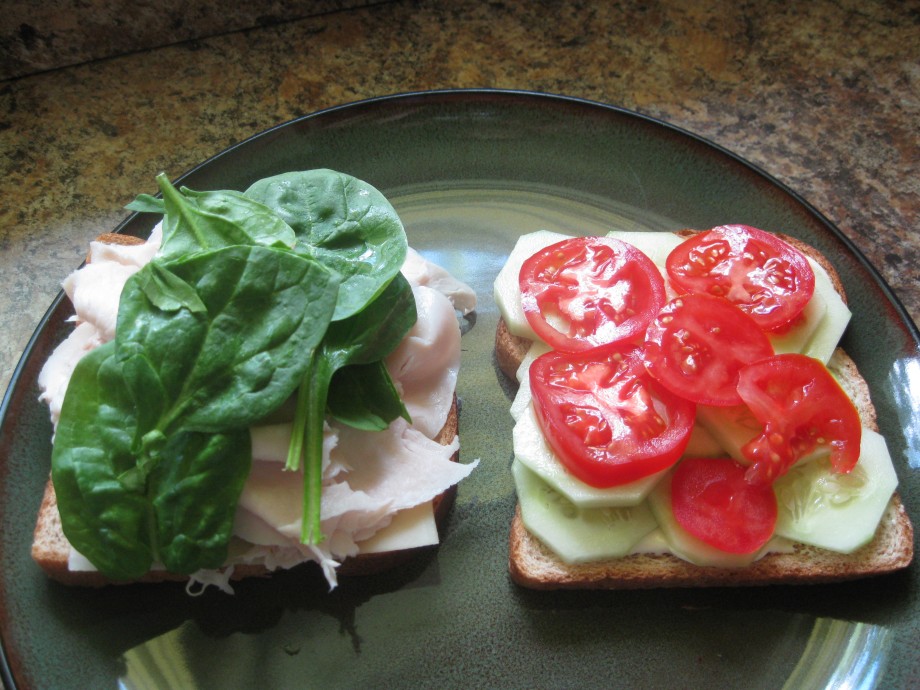 But the real star of today was my zucchini lasagna for dinner:

Before work, I assembled this delectable creation, then the man popped it in the oven before I got home.  Here’s how I did it:

First I cut up 5 large zucchini and 3 large yellow squash into my “noodles” like so:

Meanwhile, I had cooking a chopped onion with a pound of turkey breast, then added a couple of jars of spaghetti sauce.  Then assembled like lasagna:

Second layer, add sauce and a little cheese of choice: 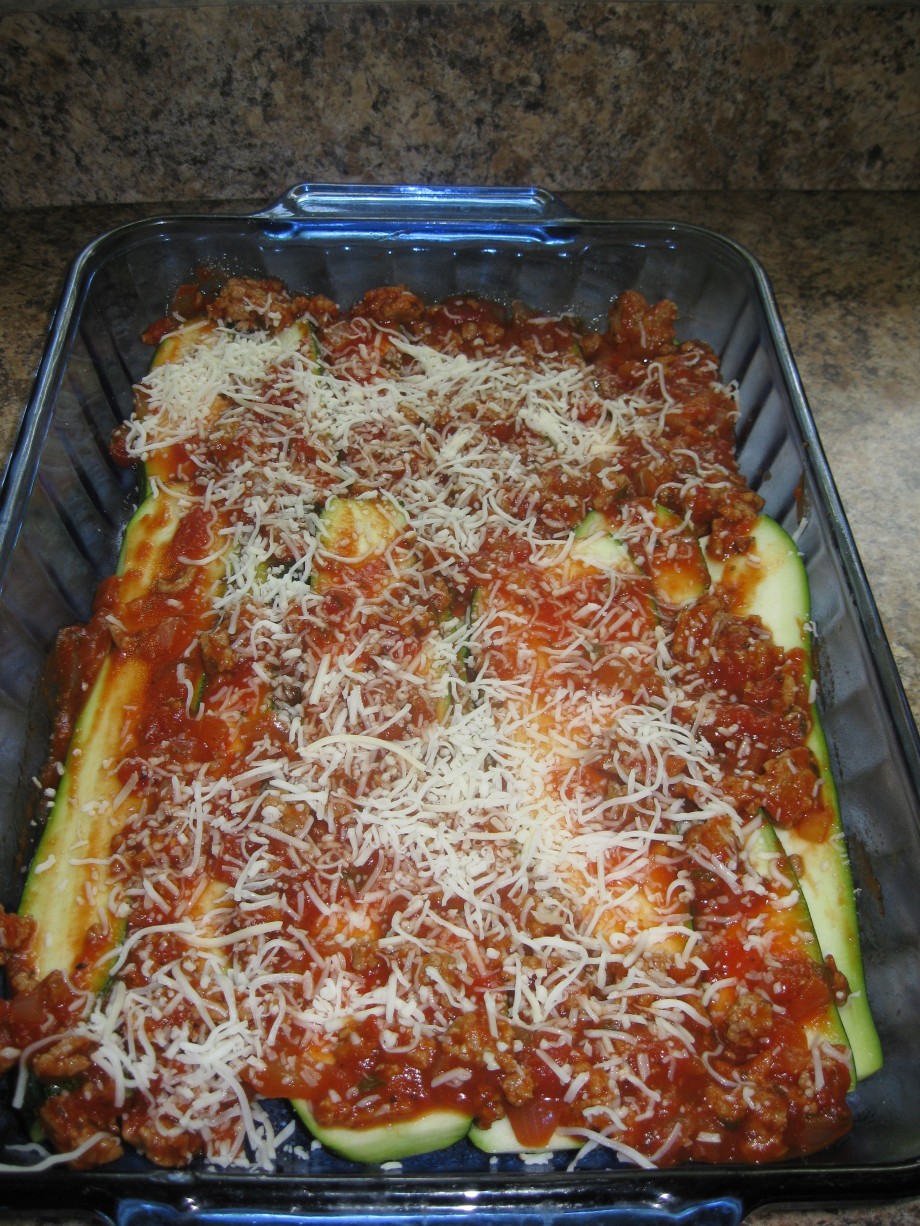 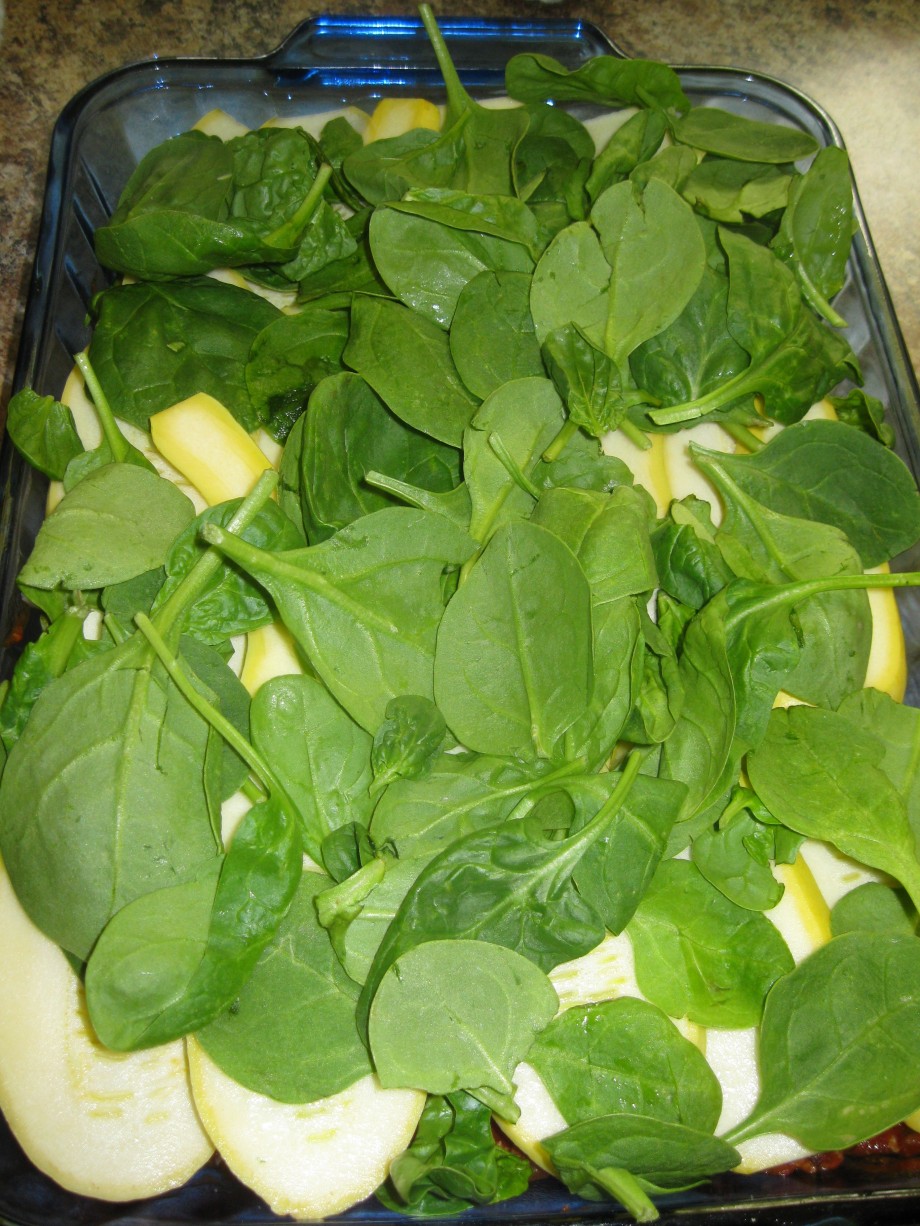 Fifth layer, sauce and cheese.  For the cheese, I mixed one egg with 4 ounces of grated parmesan and about a cup of Italian blend shredded cheese: 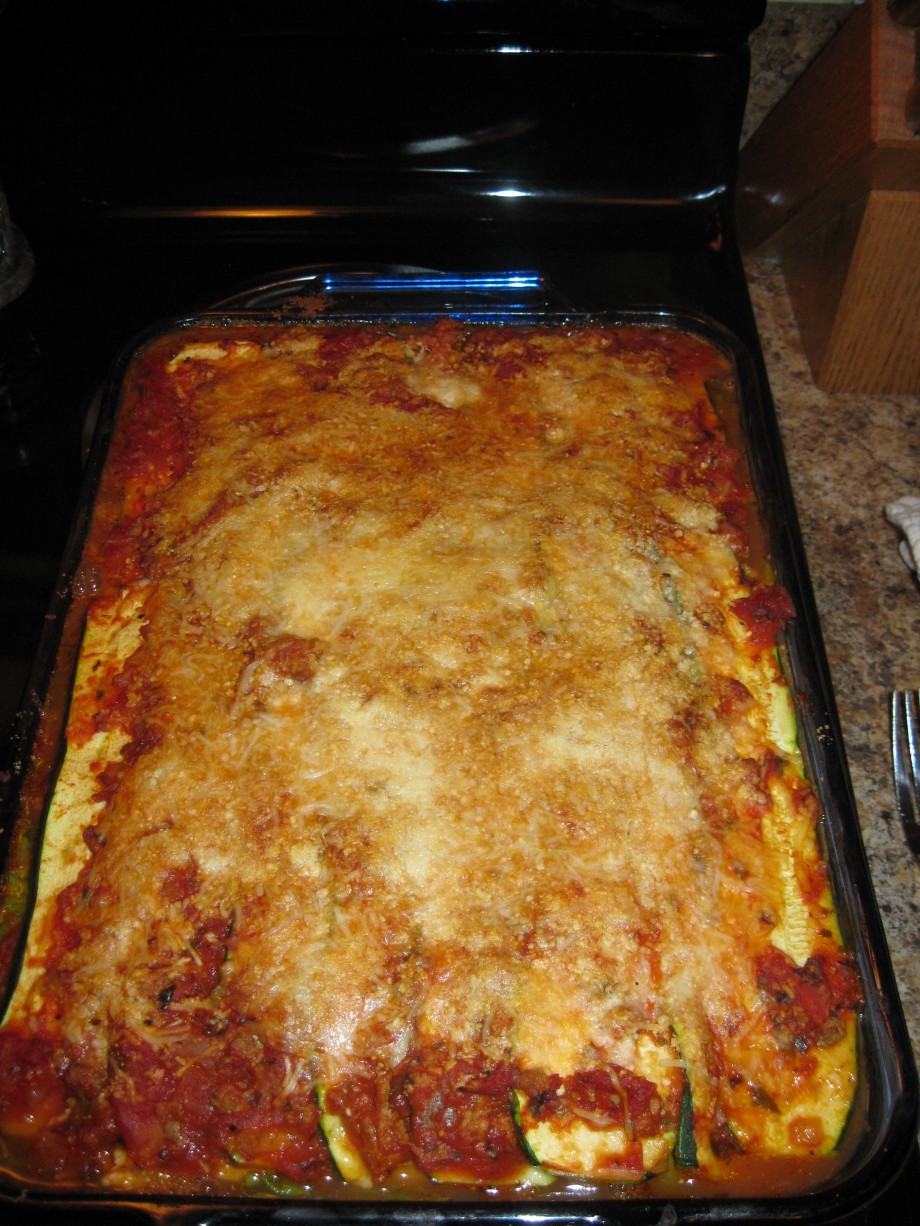 It did get a little watery from all the veggies, but I just poured it off.  I thought maybe I should have cooked the squash and zucchini first, but it turned out awesome, the veggies still had a nice bite to them without getting mushy.  I loved it.   It would be great for the low carb crowd.   Definitely a keeper!  Hope you try it!