What a productive day!  I had a doctor’s appointment, did all my laundry, caught up my Quickbooks, went to the bank, paid bills, and relaxed.  I spent the night Sunday at my mom’s.  Yay, she had some good breakfast food: 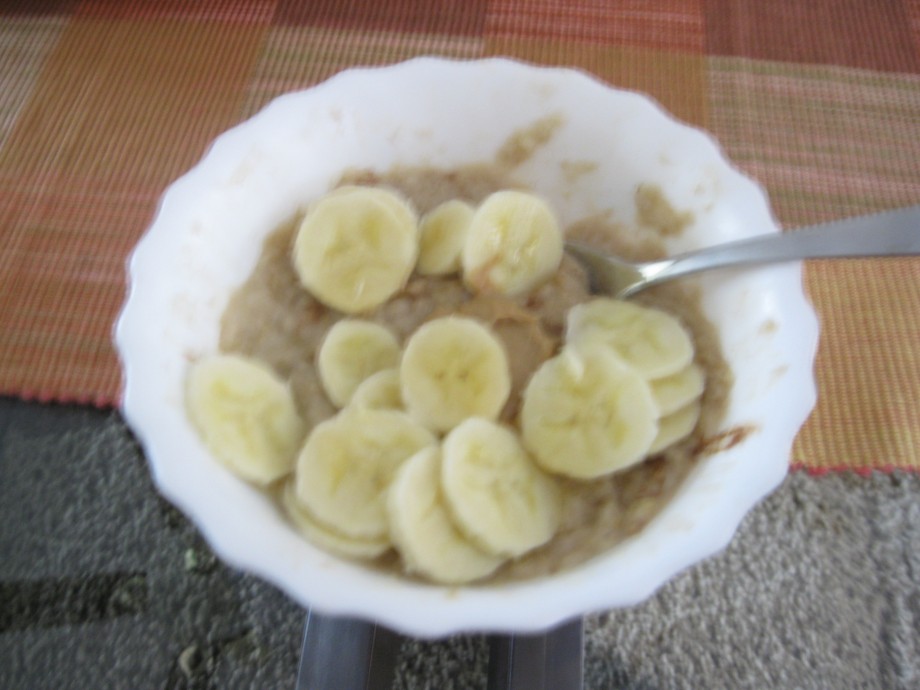 A big bowl of oats with peanut butter and banana.

Jordan had taken the day off work, to avoid spreading the lingering sickness he is recovering from.  He must have been too bored though, he set out to work on the camper.  I brought out some lunch and we had a little picnic together: 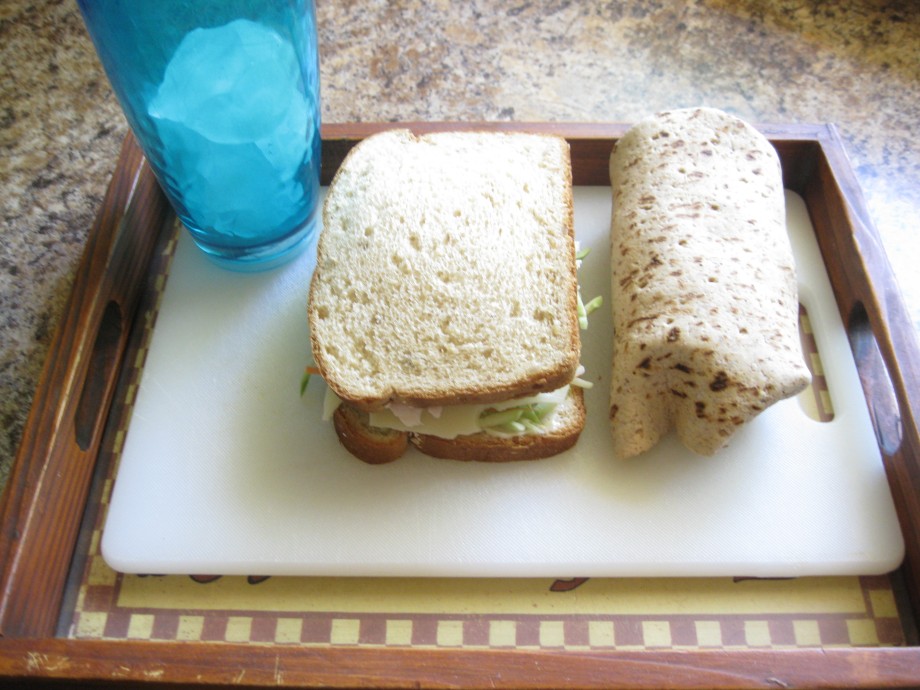 A turkey sandwich for him and a turkey wrap for me.  I hung around and watched him work for a while.  There is nothing I like more than to watch a man hard at work.  To reward him for his hard work, I had him cook pork chops on the grill.  He just loves that new grill: 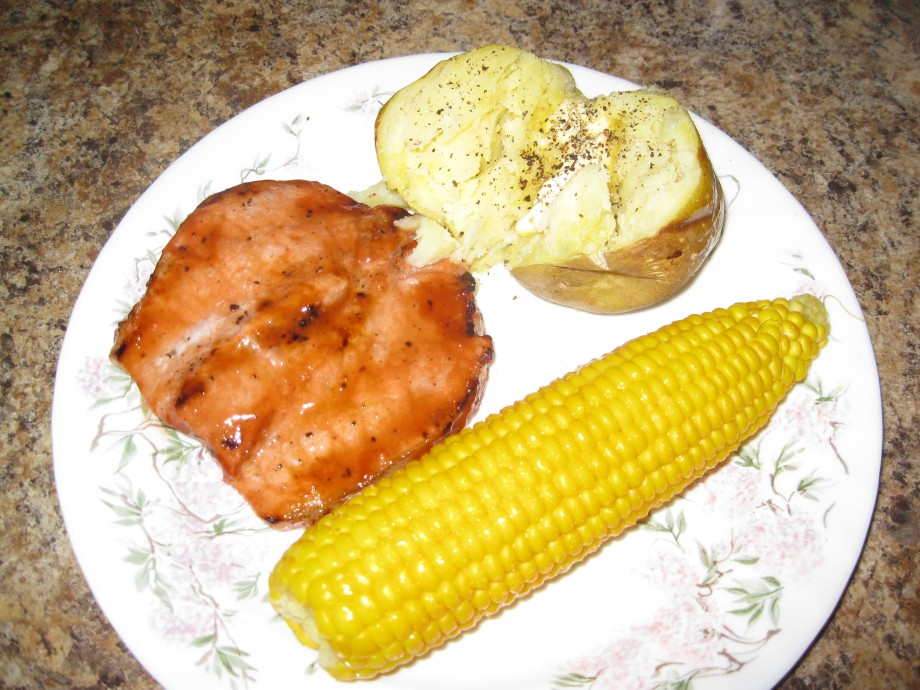 Smothered in bbq sauce with corn on the cob and baked tater.  A little disappointed in my chop.  It wasn’t overcooked, but it was tough.  I don’t understand.  The highlight of my meal was dessert: 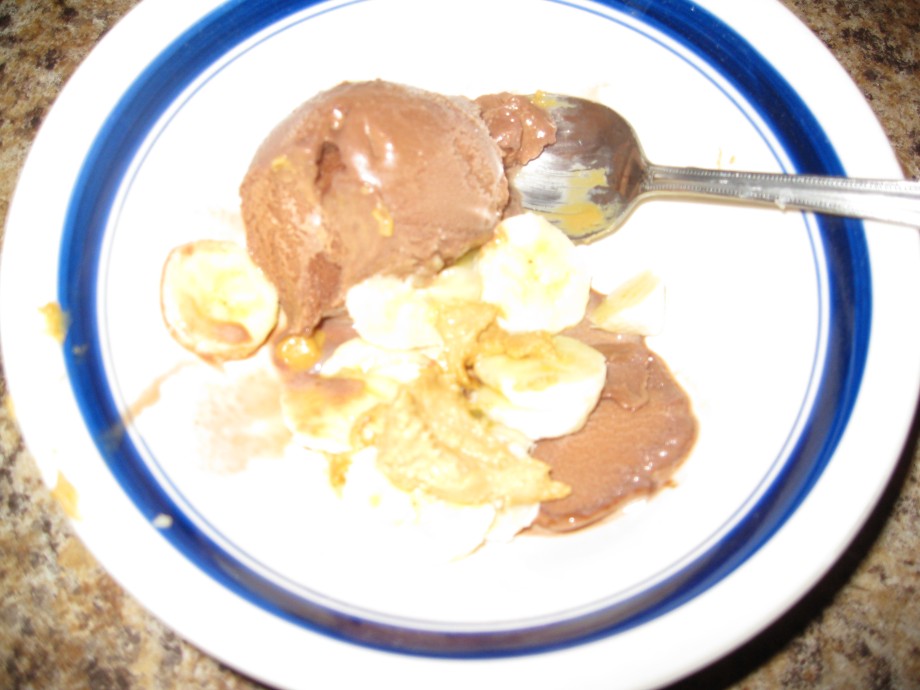 Chocolate frozen yogurt with bananas and peanut butter.  Oh my Yum!  I tried to melt the peanut butter in the micro, but it just clumped up.  Maybe cuz it’s the natural kind.  Oh well, just made it taste like the inside of a Reese’s Peanut Butter cup.  I just might have it again soon.